LittleBigPlanet 24/7 Only on the Sacktastic™ Forum!

I had a look at the site... I wasn't that impressed. The forum comment boxes have a twitter feel to them, not enough space for decent length comments.

I noticed a lot of the conversation was about comps for rare prize DLC and wanting "kits" for making RPG or top down racing levels, and also a lot of suggestions for lbp2 features that we found out about months and months ago. eg "I hope they have something more than the paintanator"

This is a site made by kids for kids. If you want news about LBP2 go somewhere else Littlebigland, LBPcentral, twitter!! (or here!)

Kudos for tying to make a nice looking site, but I think Alex is right about copying and pasting another's work. There is no honour in plagiarism.

Their site is a site made by kids for kids is what I hope you were trying to say. Got a little confused there :S 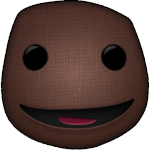 yes that is what I said, not in a bad way. But I don't see the site getting to the stage where you will need a dozen moderators to keep it in order. I'm quite happy for them to prove me wrong though.