LittleBigPlanet 24/7 Only on the Sacktastic™ Forum!

A Star Wars pack. Whilst I know this isn't official, it will hopefully be the next best thing.
I have already made levels for the 20 (I think) costumes and 11 ships. Both of these levels are overheating (I'm terrible at keeping a low thermo, plus I wanted all the ships to have the right materials so that didn't help).
The levels will be very simple as they are meant to be more like the History pack level than the Marvel Kit.
For the third level I am hoping to give out logic, objects, stickers and music. This is where I need help.
What objects from the Star Wars galaxy should I put in?
What Stickers/Logos should I add?
Can anyone create music for this?

Anyone who contributes anything will be credited in the opening crawl cutscene. Now who's with me!

I'm also struggling with the gameplay for the 3rd level. You're on Bespin and the player is using a Jedi Sackbot with double jump and a Lightsaber. You are clearing out stormtroopers.
So far it is mostly jumping and slicing. Should I add a puzzle? (If so, what kind?)

The third level is going to be my SackBOTastic entry. All of the bots/logic in that level will be of my own creation. So hopefully it will still be allowed to enter, despite the fact that others may be contributing a little here and there.

This is really great! Love the costumes.

Do you still want me to make Cantina music? I've been really busy with school work lately. But now it's holiday, and I can give it a try.

Actually, do you think you could do the TIE Fighter Attack? I've found a cantina band song, I'm trying to persuade the creator to let me give it away.

I love star wars. I look forward to this 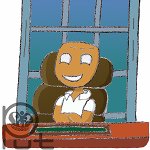